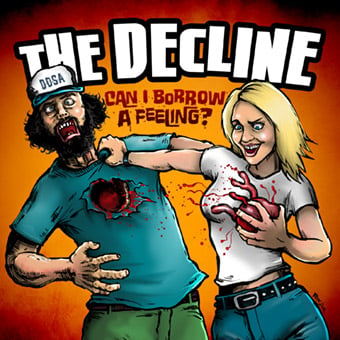 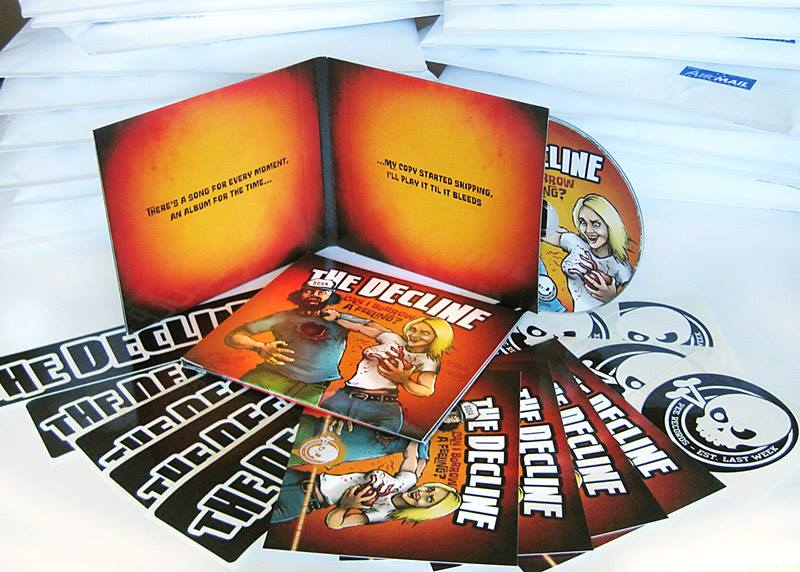 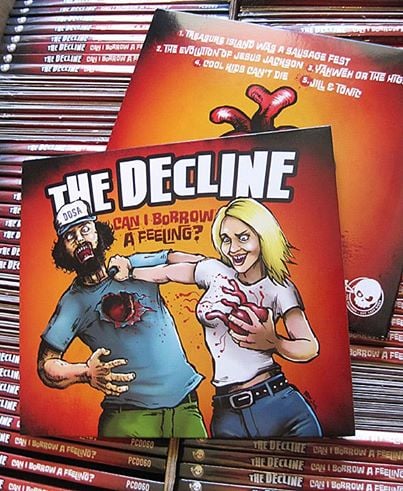 PCD060 :
THE DECLINE - Can I Borrow A Feeling? CD EP
Pee Records

The new EP “Can I Borrow A Feeling?” for THE DECLINE comes after spending the last few years since the release of their “Are You Gonna Eat That?” album touring Australia, Japan and Europe playing as many shows in as many places as possible. When asked about the new material the band writes “The name Can I Borrow A Feeling? comes from the idea that we are starting to write songs about different things, most of the songs on this record are about living and dying, and not so much about the stuff we wrote about on our first albums, oh, and there's a song about Jesus being black too; that and we love The Simpsons”.
Order here now receive a digital download code for the EP when order and payment is confirmed! facebook.com/thedeclinemusic